The first official photos of the royal wedding … of Prince Harry and Meghan Markle, the new Duke and Duchess of Sussex, have been released by Kensington Palace.

One photo shows the couple posing with members of the royal family including Queen Elizabeth, Prince Philip, Prince Harry’s brother, William—who served as best man, his wife, Kate Middleton, Duchess of Cambridge, Harry’s and William’s father, Prince Charles and his wife Camilla, and Meghan’s mother, Doria Ragland, the only member of her family who participated in the celebration. Prince George and Princess Charlotte also appear in the photo that includes the page boys and flower girls that took part in the ceremony. 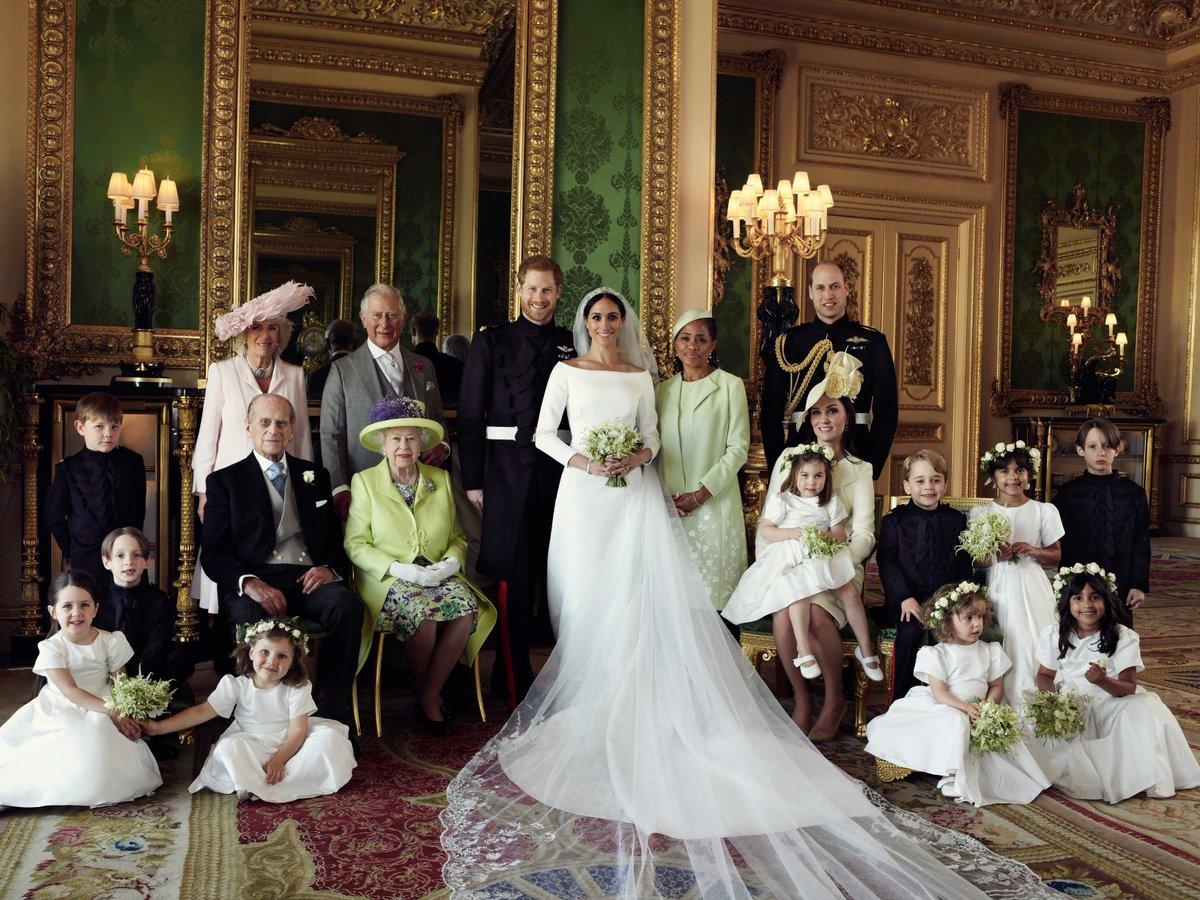 Another black-and-white photo shows the couple smiling together while seated on the stairs of the east terrace at Windsor Castle.

In the third photo the new duke and duchess appear with the page boys and flower girls who accompanied Meghan for her entrance to Saturday’s ceremony. 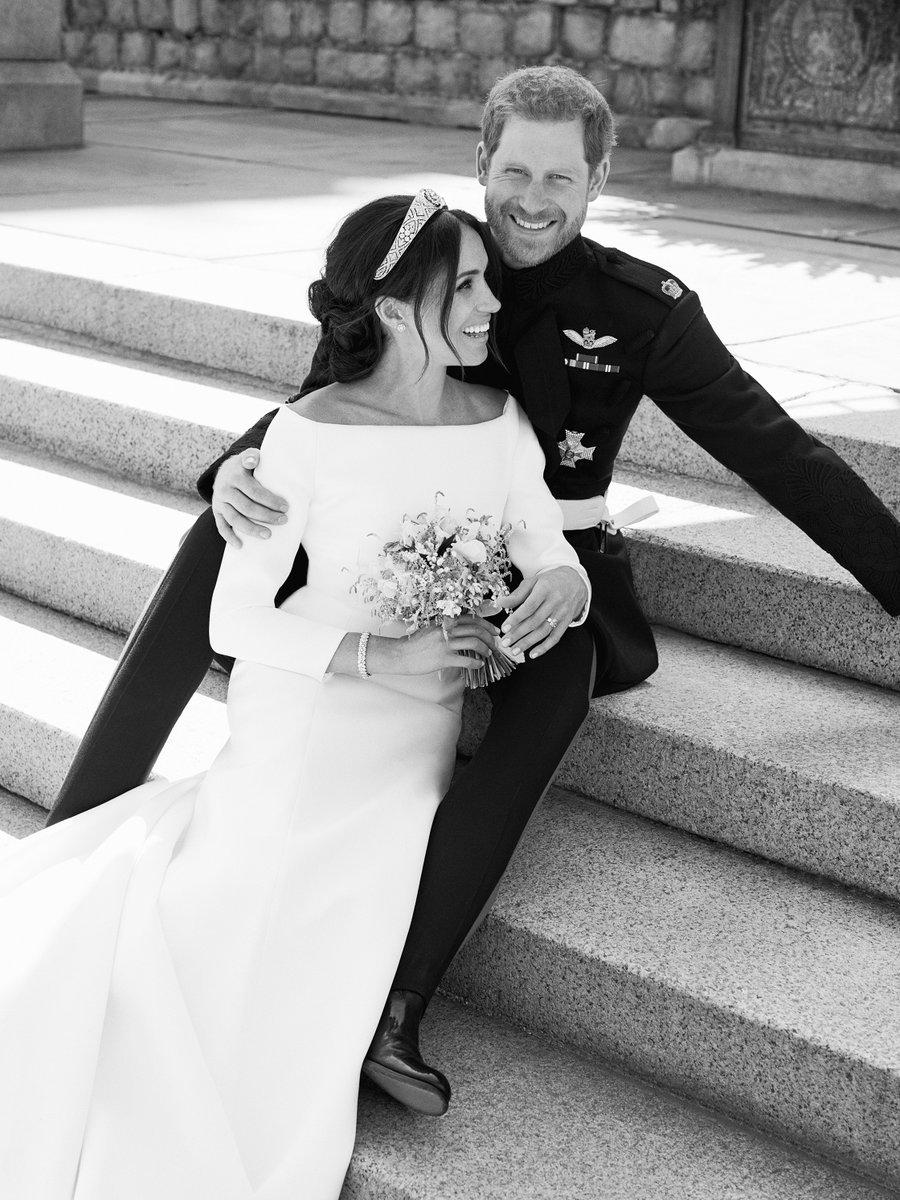 Taken by celebrity fashion photographer Alexi Lubomirski, who also took the newlywed couple’s official engagement pictures in the gardens of Frogmore House—the same venue where Prince Charles hosted the evening reception for a select group of 200 close friends and family that included famous celebrities and members of the British royalty.

The photographer is himself a royal member of the Polish House of Lubomirski. His official title is HSH (His Serene Highness) Prince Alexi Lubomirski. 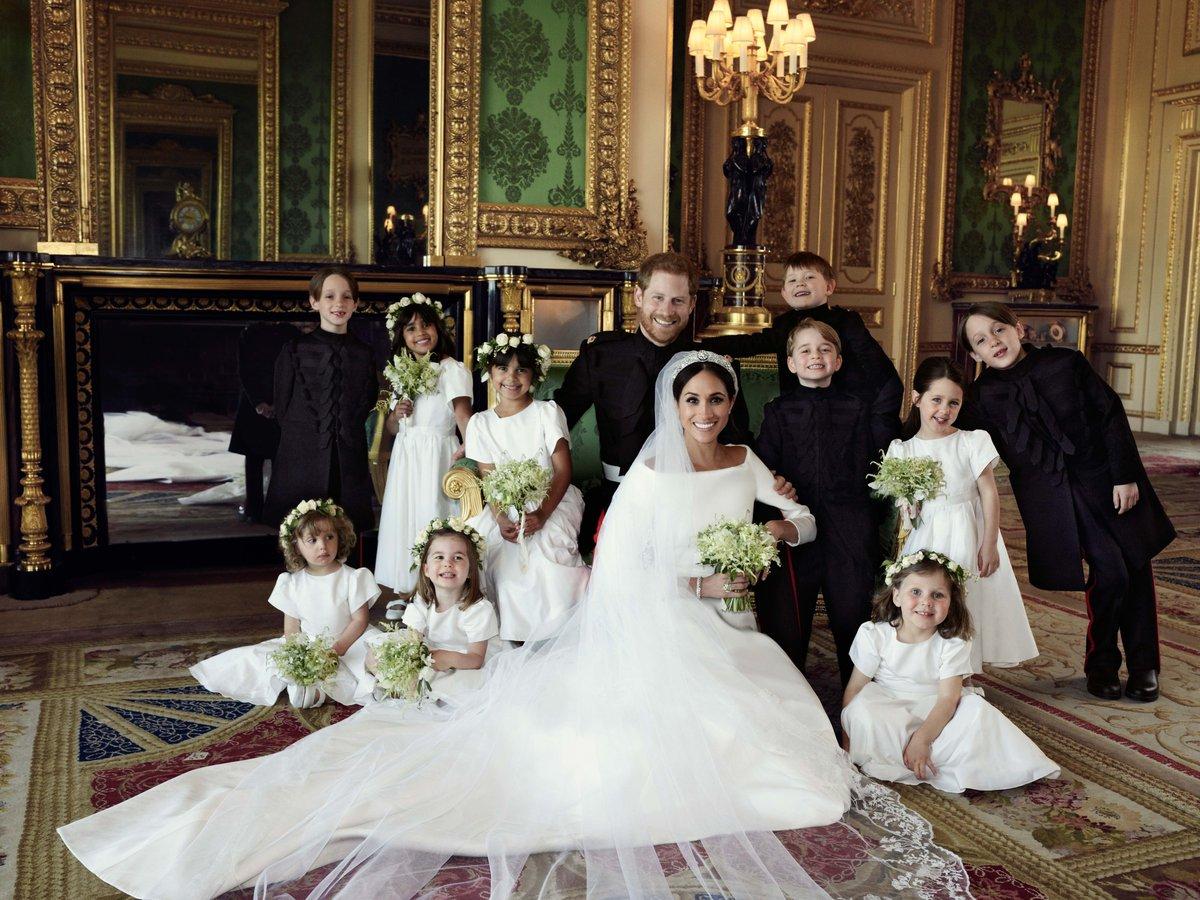 The photos were taken at Windsor Castle after Meghan and Harry completed the carriage procession that ferried them around the town of Windsor, cheered by thousands of well-wishers along the way, after the religious ceremony at St.Georges Chapel inside Windsor Castle.

A Kensington Palace statement says that « the Duke and Duchess of Sussex would like to thank everyone who took part in the celebrations of their wedding on Saturday .

«They feel so lucky to have been able to share their day with all those gathered in Windsor and also all those who watched the wedding on television across the UK, Commonwealth, and around the world.

«Their Royal Highnesses are delighted with these official portraits taken by Alexi Lubomirski and are happy to be able to share them today.