Expert Amy Cuddy On The Difference Between Confidence And Arrogance

One of the key challenges women face in the workplace is … overcoming a lack of confidence. A 2016 study published in the Journal of Personality and Social Psychology found that men consistently report higher levels of self-esteem than women.

I spoke with Amy Cuddy, a Professor and Researcher at Harvard Business School, about how women can deliberately manage their body language at work to overcome a lack of confidence. 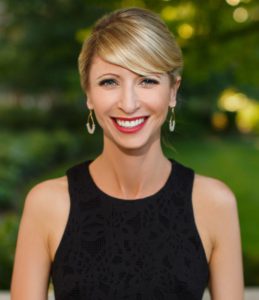 Cuddy is best known for her 2012 TED talk on power posing, which fetched over 47 million views and became the second-most-popular TED talk in history.

By coming across as more confident, Cuddy says women not only improve their self-esteem but they also increase people’s perceptions of their capability.

“When an individual has power, they take up more space. If you adopt these postures you are more likely to feel confident and see the world in a way that is filled with opportunities rather than challenges. If someone is seen as confident then they are also seen as competent,” she says.

In this interview, Cuddy shares how women can come across as more self-assured at work, without being seen as arrogant.

Michelle King: Are there gender differences in physical presence at work?

Amy Cuddy: There is no question. The research on non-verbal behavior clearly shows that men take up more physical space than women and not just because they are bigger. They expand more. They take bigger strides. And despite the stereotype, men actually speak more than women do. They speak more slowly. In just about every way imaginable, men take up more space.

King: How does this impact women’s competence or confidence?

Cuddy: Perceptions of confidence and competence are extremely highly correlated. Not the actual traits, but the perceptions of those traits. So, if women are seen as less confident, people attribute that (lack of expressed confidence) to a lack of competence. But really this is about what women think they are allowed to do. Women are simply trying to conform to the stereotype of their group. While we are seeing changes with this issue we are not there yet.

King: How do you get the balance right between confidence and arrogance?

King: How are these gender differences formed? Are they learnt or innate?

Cuddy: Little kids don’t differ. Boys and girls behave similarly. At middle school, at age 11 you really start to see the change in how girls carry themselves. They start to make themselves smaller. They worry about weight and actually want to be smaller. Girls use this meek looking body language. Kids are learning this stereotype through exposure.

King: What can we do to prevent this issue with girls?

Cuddy: I am not arguing for boys to take up less space, I would just like to see the girls taking up as much space as the boys. We need to teach our daughters to take up their fair share of space in the world and to share their ideas. Right now, we are not there. Girls still feel that looking strong is risky. We can make it safe by encouraging it. Then we won’t be dealing with questions when people are in their forties about how to get women to speak up in the boardroom. Don’t ever tell women to stop speaking when they are little kids because that is really what is happening.

King: What is the one thing women can do to overcome this?

Cuddy: Women should demonstrate warmth and confidence to avoid backlash. But this is actually true for everyone. It is the most important thing you can do to be admired and respected — make sure you form trusting relationships. Connect then lead.

The problem is that people …

*Michelle King is a leading global gender equality expert, with a focus on advancing women in the changing world of work. To stay up to date follow Michelle @michpking.