Inside the World’s Most Elite (and Secret) Traders’ Club

The nameless group confers “a hunting license” that … lets an investor sit at the “big boy table and make high-level trades not available to stupid amateurs.” In an industry where power and influence are measured in dollars and cents, this may be the most exclusive club in finance: The price of admission is at least $25 million.

It has no name and no board of directors but has a roster drawn from the world’s wealthiest and most successful traders. Members essentially become their own one-person firms, even firms within firms, by gaining a seal of approval to deal in the complex products typically reserved for institutions that manage hundreds of billions of dollars. And all without drawing the attention of Wall Street’s everyday millionaires.

Their ranks are getting more selective. While no one keeps count, people in the industry guesstimate that the total peaked at no more than 3,000 a decade ago and has shrunk considerably since the financial crisis. Months of interviews have yielded the identities of just 12 individuals who held the prize: an ISDA master agreement.

They have included hedge fund titans Chris Rokos and Michael Platt, as well as whales at Deutsche Bank AG and Goldman Sachs Group Inc., which became clients of their own employers.

In the $542-trillion market for over-the-counter derivatives, ISDA agreements set out the trading terms between two parties. In the vernacular of Adam McKay’s adaptation of Michael Lewis’s The Big Short, they represent “a hunting license” that lets an investor sit at the “big boy table and make high-level trades not available to stupid amateurs.” The firms that hand them out gain access to the most desirable customers possible.

“Banks do this business because they can charge two or three times more than they would a company,” said Manuel de Souza-Girao, a former senior wealth manager at Deutsche Bank and Credit Suisse Group AG. “And it’s a good way of attracting valuable clients.” 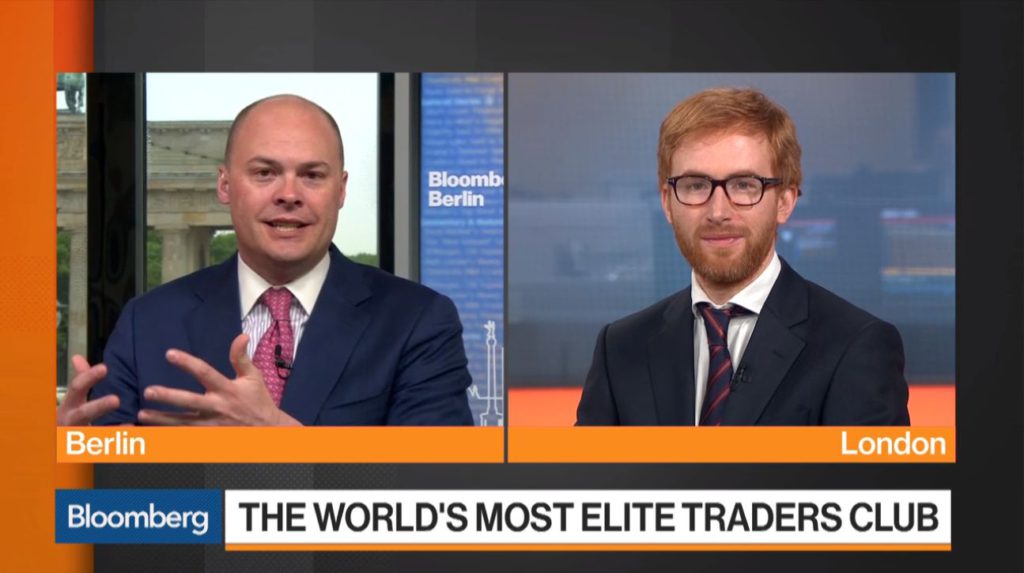 Video: World’s Most Elite Traders Club Has a $25 Million Minimum

People such as Rokos, 47, who has a net worth of $1.2 billion, according to the Bloomberg Billionaires Index. The British co-founder of Brevan Howard Asset Management, who now runs his own hedge fund, was personally the counterparty on ISDA agreements in 2013 when he set up a family office. That meant Rokos himself was on the hook if the trades went against him.

Platt, 49, who runs BlueCrest Capital Management, also previously had a personal ISDA agreement, said people familiar with the matter. Platt’s net worth is estimated at $2.9 billion by the Bloomberg Billionaires Index.

“This is not a product rolled out to your average trader earning $2 to $5 million a year,” said Nelson Rangel, a former credit trader who is now the chief investment officer of Raven Capital BV, an investment-management firm for wealthy individuals. “It would be something for famous traders or investors with significant personal wealth who would have no trouble posting large amounts of collateral.”

Rokos declined to comment for this article, while Platt did not respond to multiple emails seeking comment.

ISDAs are not only for celebrity investors. A cohort of lesser-known senior bankers and fund managers who don’t appear on the front pages have used the wealth and connections they’ve built up in the finance industry to gain access.

Sofiane Gharred, 39, made his fortune trading credit derivatives. When serving out a non-compete period in 2014 before starting his hedge fund Selwood Asset Management, he signed an ISDA with Citigroup Inc. and traded the riskiest portions of credit default swap indexes, according to people familiar with the matter.

Gharred, who was born in Tunisia and studied in Paris, declined to comment on his personal investments. He said he has not placed any personal trades since starting Selwood in London in mid-2015 and that managing his own capital “has never been a final aim.” Selwood grew its assets under management to $1 billion in its first two years.

To trade swaps and other OTC contracts with Citigroup, an individual must have a net worth of at least $25 million, $5 million or more of which must be deposited in an account with the bank, according to people familiar with the matter. Goldman Sachs and JPMorgan Chase & Co. require greater wealth, the people said, although in most cases the guidelines can be tweaked for long-term clients.

A spokeswoman for Citigroup declined to comment on the firm’s derivatives dealings with individuals.

Pasi Hamalainen, a former managing director at Pacific Investment Management Co. in California who retired in 2008 at 41 to raise his son and race Bugattis, had ISDA agreements with Citigroup and Goldman Sachs, according to a person familiar with the matter. The Finnish native, who was a member of Pimco’s investment committee and head of global risk oversight at the company, traded interest-rate swaps and currency derivatives with the U.S. banks between leaving Pimco and joining Capital Group Cos. in 2012, the person said. Hamalainen died in 2014.

Kieran Goodwin, the former head trader at King Street Capital Management, traded with an ISDA between leaving the fund in 2010 and starting his own firm in 2012, New York-based Panning Capital Management, according to a person familiar with the matter. 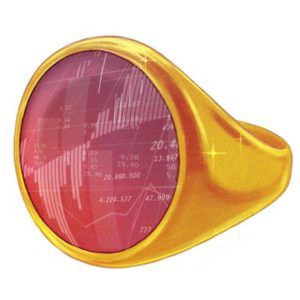 Hedge fund manager David Peacock also previously had an ISDA, according to people familiar with the matter. A spokeswoman for Peacock, who started his career in JPMorgan’s pioneering credit-derivatives business in the 1990s and is now a partner and co-head of corporate credit at Cheyne Capital Management in London, declined to comment.

Wealthy individuals were something of an afterthought for the bankers and lawyers that created the agreement for the International Swaps & Derivatives Association, or ISDA, according to Jeff Golden, a former senior partner at the law firm Allen & Overy. He was among the authors of the original 1987 agreement and all subsequent updates.

Derivatives are not just for speculation, though. After taking out a floating-rate mortgage on a house in Kensington, London’s most expensive borough, Guido Filippa signed an ISDA contract with Goldman Sachs to protect against rising interest rates.

Filippa, 45, said he obtained the agreement via Goldman’s private-wealth management unit while working as a managing director in the bank’s London office. He entered into a 10-year interest rate derivative that required him to pay an upfront premium of about 4 percent of the value of the mortgage, while the bank is required to pay him every quarter that a benchmark of interbank borrowing costs is above a pre-defined level.

Filippa, who left the bank in 2016, declined to comment on how much he paid for his home. He said Goldman expected its staff to conduct their personal investments with the bank for compliance reasons, and that the firm allowed him to tailor the contract to his specific requirements. Goldman declined to comment for this article, as did JPMorgan.

“I bought insurance against the leverage I took on against my house,” said Filippa. “Only time will tell how much benefit I will get from the protection I bought, but it allows me to sleep well, whatever happens to interest rates.”

It’s never been easy to get a personal ISDA agreement, but before the financial crisis banks gave them out more freely, according to people familiar with the matter. Rules created to prevent another crisis have increased capital costs for lenders trading derivatives that are not processed through a clearinghouse; what’s more, lawsuits that focused on mis-selling of derivatives prodded banks to be more selective with whom they are willing to trade.

Billionaire real-estate investor Jeff Greene, who bet against U.S. subprime-mortgage bonds, says he was told in 2006 by Merrill Lynch that he was the firm’s first client to ever get a personal ISDA to trade credit-default swaps wagering on a collapse in that market.

Spurning an offer to invest with his friend, hedge-fund honcho John Paulson, Greene put on his own trades and said he made a profit of about $800 million on a portfolio of credit-default swaps protecting against declines in about $1 billion of mortgage bonds.

Management subsequently ruled against a broader rollout because it was almost impossible to track an individual’s total exposure to privately negotiated derivatives trades, according to Cliff Lanier, a former director at the firm who ran a team tasked with marketing fixed-income structured products to high-net-worth individuals.

In some cases, bank employees have been able to obtain ISDAs to trade with their employers, an arrangement typically facilitated by the bank’s wealth-management unit. That was the case at Deutsche Bank, where senior executives, including Raj Bhattacharyya and Boaz Weinstein, had ISDAs with the bank while employed by the firm.

Bhattacharyya, who remains with the German lender and heads its emerging-markets debt and foreign-exchange franchise in the Americas, declined to comment, as did Weinstein, who left in 2009 to set up his own hedge fund, Saba Capital Management.

“Deutsche Bank has strict personal-account dealing controls and procedures in place to prevent conflicts of interest,” said Olayinka Fadahunsi, a spokesman for the bank in New York.

Goldman Sachs has also traded OTC derivatives with a number of its senior staff. John Wang, a former managing director in New York who ran the bank’s market-making business for products tied to the VIX volatility index, is one such example.

Wang, who now runs a macro fund in San Marino, California, said he was one of a number of staffers to have ISDAs with the bank before he left. He said he used the ISDA, which is still active, for equity-index and interest-rate option trades.

“I got the ISDA because I’m a prop trader at heart and needed to be able to invest and was pretty restricted on the desk in terms of what I was allowed to invest in,” said Wang, who signed a separate agreement with Bank of America Corp.

The set-up whereby a bank trades with its staff can create potential conflicts of interest, such as when junior colleagues are leaned on to give their seniors a good price on personal trades, which can be processed through the same desk as client orders, according to people familiar with the matter.

Former employees can also use their institutional knowledge and relationships to get an ISDA agreement. Simon Morris, who was Goldman Sachs’s head of credit trading for Europe and the Asia-Pacific region until the end of 2016, is one such example.

He set up a company in January last year to trade with his own money. Boltons Place Capital Management Ltd., which shares the name of a street in Kensington, has an ISDA with Goldman Sachs, according to a person familiar with the matter. Morris declined to comment.

Полную версию статьи читайте на сайте Bloomberg
или у нас на занятиях
BloombergАмерикаанглийскийЭкономика
Заказать звонок
+
Жду звонка!
Privacy Settings
We use cookies to enhance your experience while using our website. If you are using our Services via a browser you can restrict, block or remove cookies through your web browser settings. We also use content and scripts from third parties that may use tracking technologies. You can selectively provide your consent below to allow such third party embeds. For complete information about the cookies we use, data we collect and how we process them, please check our Privacy Policy
Youtube
Consent to display content from Youtube
Vimeo
Consent to display content from Vimeo
Google Maps
Consent to display content from Google
Save