Macron Is Depicted as a King

Macron Is Depicted as a King Amid Protests of ‘Soft Dictatorship’

PARIS — Thousands of protesters in Paris danced, picnicked and railed against Emmanuel Macron … at a demonstration on Saturday, expressing anger at reforms championed by the French president, like cutting some worker protections and increasing police powers.

Police fired tear gas on the margins of the largely festive protest, as authorities deployed 2,000 officers to the event, coming just days after a violent May Day protest in the French capital.

Placards reading “Stop Macron!” were held by demonstrators in the march, organized by the far-left Defiant France party, which planned the event around the one-year anniversary of Mr. Macron’s election on May 7. He was inaugurated a week later, and quickly launched broad changes to France’s labor rules, which he said were intended to increase the nation’s global competitiveness. 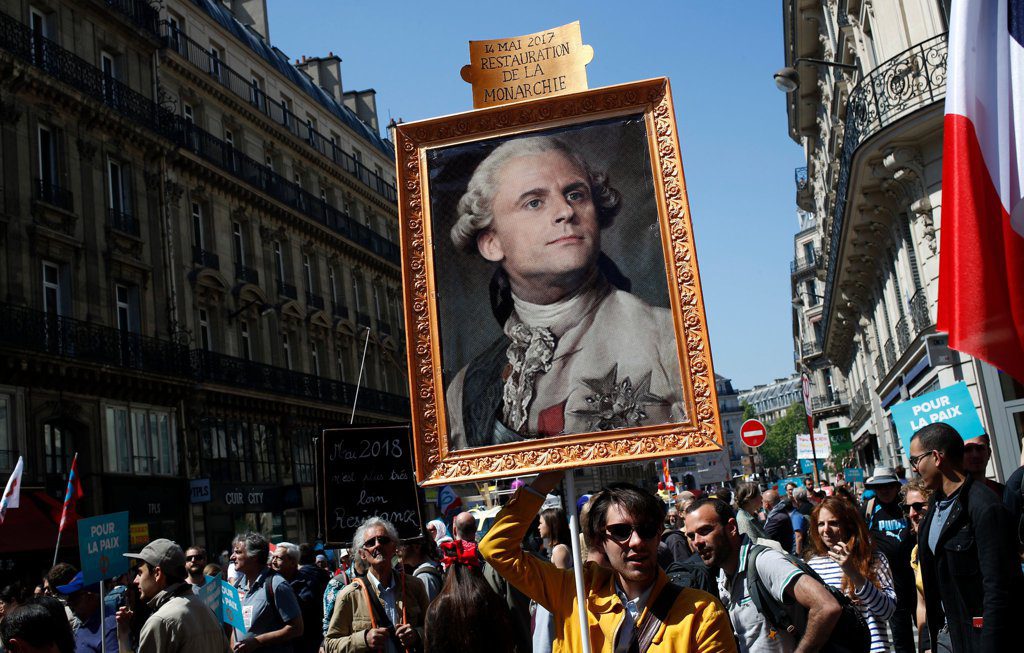 “This regime is a regime that’s an authoritarian regime,” said one protester, Roselyne Gonle-Luillier, a judge. “We are in a soft dictatorship and we have concerns about guarantees of individual freedoms and the guarantee of fundamental rights.” 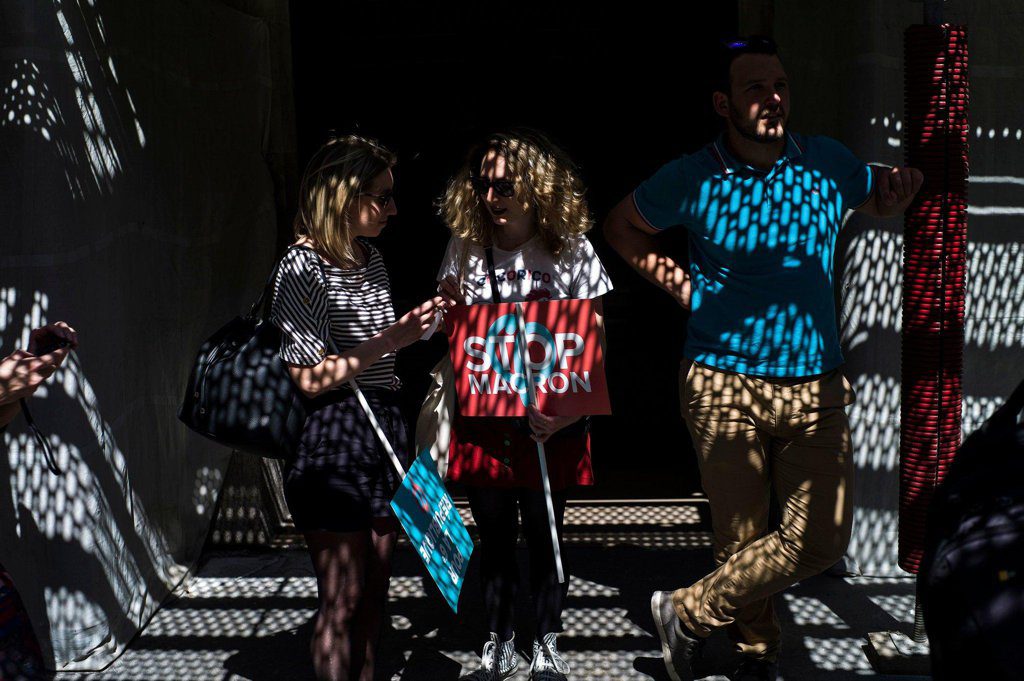 Mr. Macron won the presidency on a wave of disillusionment with France’s traditional parties, beating Marine Le Pen, leader of the far-right National Front party, in a runoff. But many voters are disgruntled with the policies he has pursued since taking office. 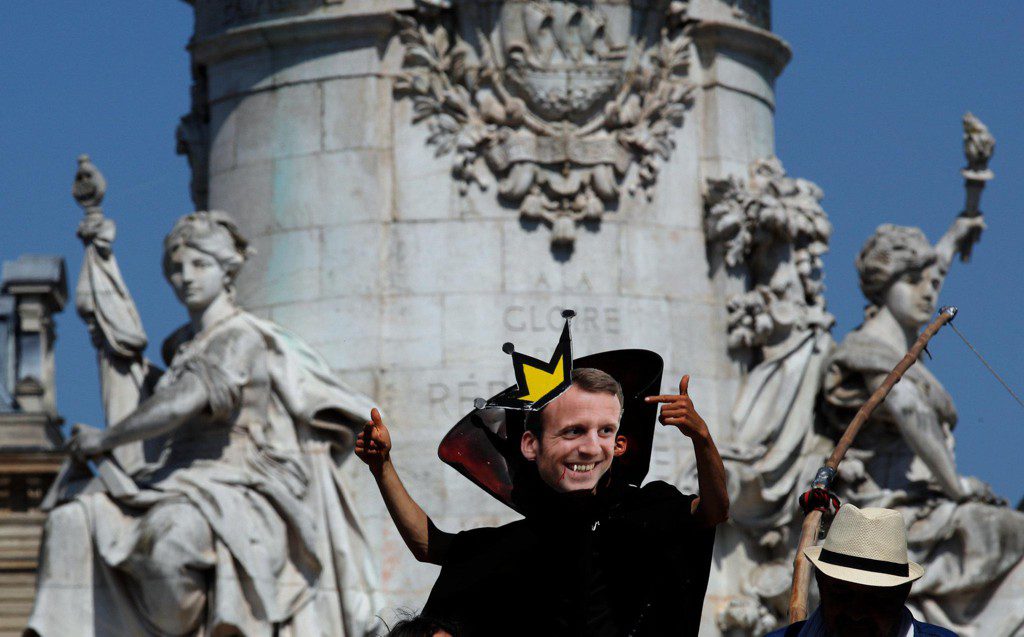 “What we want specifically is to resist, show him our anger, show him that there are some French people who did not vote for him, do not agree with what he is trying to do,” said Sylvie Brissonneau, who will soon retire.

One of Mr. Macron’s reforms is raising taxes for retirees.

The party atmosphere on Saturday contrasted with the May Day violence, which saw protesters torch cars and vandalize a McDonald’s restaurant and other stores.

Полную версию статьи читайте на сайте NY Times
или у нас на занятиях
New York TimesанглийскийЗападПолитикаФранция
Заказать звонок
+
Жду звонка!
Privacy Settings
We use cookies to enhance your experience while using our website. If you are using our Services via a browser you can restrict, block or remove cookies through your web browser settings. We also use content and scripts from third parties that may use tracking technologies. You can selectively provide your consent below to allow such third party embeds. For complete information about the cookies we use, data we collect and how we process them, please check our Privacy Policy
Youtube
Consent to display content from Youtube
Vimeo
Consent to display content from Vimeo
Google Maps
Consent to display content from Google
Save