A GOOD subtitle for a biography of Karl Marx would be “a study in failure”. Marx claimed that … the point of philosophy was not just to understand the world but to improve it. Yet his philosophy changed it largely for the worst: the 40% of humanity who lived under Marxist regimes for much of the 20th century endured famines, gulags and party dictatorships. Marx thought his new dialectical science would allow him to predict the future as well as understand the present. Yet he failed to anticipate two of the biggest developments of the 20th century—the rise of fascism and the welfare state—and wrongly believed communism would take root in the most advanced economies. Today’s only successful self-styled Marxist regime is an enthusiastic practitioner of capitalism (or “socialism with Chinese characteristics”).

Yet for all his oversights, Marx remains a monumental figure. At the 200th anniversary of his birth, which falls on May 5th, interest in him is as lively as ever. Jean-Claude Juncker, the president of the European Commission, is visiting Trier, Marx’s birthplace, where a statue of Marx donated by the Chinese government will be unveiled. The British Library, where he did the research for “Das Kapital”, is putting on a series of exhibitions and talks. And publishers are producing a cascade of books on his life and thought, from “Das Kapital”-sized doorstops (Sven-Eric Liedman’s “A World to Win: The Life and Works of Karl Marx”), to Communist Manifesto-slim pamphlets (a second edition of Peter Singer’s “Marx: A Very Short Introduction”).

None of these bicentennial books is outstanding. The best short introduction is still Isaiah Berlin’s “Karl Marx”, which was published in 1939. But the sheer volume of commentary is evidence of something important. Why does the world remain fixated on the ideas of a man who helped to produce so much suffering?

The point of madness

The obvious reason is the sheer power of those ideas. Marx may not have been the scientist that he thought he was. But he was a brilliant thinker: he developed a theory of society driven forward by economic forces—not just by the means of production but by the relationship between owners and workers—and destined to pass through certain developmental stages. He was also a brilliant writer. Who can forget his observation that history repeats itself, “the first time as tragedy, the second as farce”? His ideas were as much religious as scientific—you might even call them religion repackaged for a secular age. He was a latter-day prophet describing the march of God on Earth. The fall from grace is embodied in capitalism; man is redeemed as the proletariat rises up against its exploiters and creates a communist utopia.

A second reason is the power of his personality. Marx was in many ways an awful human being. He spent his life sponging off Friedrich Engels. He was such an inveterate racist, including about his own group, the Jews, that even in the 1910s, when tolerance for such prejudices was higher, the editors of his letters felt obliged to censor them. He got his maid pregnant and dispatched the child to foster parents. Mikhail Bakunin described him as “ambitious and vain, quarrelsome, intolerant and absolute…vengeful to the point of madness”.

But combine egomania with genius and you have a formidable force. He believed absolutely that he was right; that he had discovered a key to history that had eluded earlier philosophers. He insisted on promoting his beliefs whatever obstacles fate (or the authorities) put in his way. His notion of happiness was “to fight”; his concept of misery was “to submit”, a trait he shared with Friedrich Nietzsche.

The third reason is a paradox: the very failure of his ideas to change the world for the better is ensuring them a new lease of life. After Marx’s death in 1883 his followers—particularly Engels—worked hard to turn his theories into a closed system. The pursuit of purity involved vicious factional fights as “real” Marxists drove out renegades, revisionists and heretics. It eventually led to the monstrosity of Marxism-Leninism, with its pretensions to infallibility (“scientific socialism”), its delight in obfuscation (“dialectical materialism”) and its cult of personality (those giant statues of Marx and Lenin).

The collapse of this petrified orthodoxy has revealed that Marx was a much more interesting man than his interpreters have implied. His grand certainties were a response to grand doubts. His sweeping theories were the result of endless reversals. Toward the end of his life he questioned many of his central convictions. He worried that he might have been wrong about the tendency of the rate of profit to fall. He puzzled over the fact that, far from immiserating the poor, Victorian England was providing them with growing prosperity.

The chief reason for the continuing interest in Marx, however, is that his ideas are more relevant than they have been for decades. The post-war consensus that shifted power from capital to labour and produced a “great compression” in living standards is fading. Globalisation and the rise of a virtual economy are producing a version of capitalism that once more seems to be out of control. The backwards flow of power from labour to capital is finally beginning to produce a popular—and often populist—reaction. No wonder the most successful economics book of recent years, Thomas Piketty’s “Capital in the Twenty-First Century”, echoes the title of Marx’s most important work and his preoccupation with inequality.

The prophet of Davos

Marx argued that capitalism is in essence a system of rent-seeking: rather than creating wealth from nothing, as they like to imagine, capitalists are in the business of expropriating the wealth of others. Marx was wrong about capitalism in the raw: great entrepreneurs do amass fortunes by dreaming up new products or new ways of organising production. But he had a point about capitalism in its bureaucratic form. A depressing number of today’s bosses are corporate bureaucrats rather than wealth-creators, who use convenient formulae to make sure their salaries go ever upwards. They work hand in glove with a growing crowd of other rent-seekers, such as management consultants (who dream up new excuses for rent-seeking), professional board members (who get where they are by not rocking the boat) and retired politicians (who spend their twilight years sponging off firms they once regulated).

Capitalism, Marx maintained, is by its nature a global system: “It must nestle everywhere, settle everywhere, establish connections everywhere.” That is as true today as it was in the Victorian era. The two most striking developments of the past 30 years are the progressive dismantling of barriers to the free movement of the factors of production—goods, capital and to some extent people—and the rise of the emerging world. Global firms plant their flags wherever it is most convenient. Borderless CEOs shuttle from one country to another in pursuit of efficiencies. The World Economic Forum’s annual jamboree in Davos, Switzerland, might well be retitled “Marx was right”.

He thought capitalism had a tendency towards monopoly, as successful capitalists drive their weaker rivals out of business in a prelude to extracting monopoly rents. Again this seems to be a reasonable description of the commercial world that is being shaped by globalisation and the internet. The world’s biggest companies are not only getting bigger in absolute terms but are also turning huge numbers of smaller companies into mere appendages. New-economy behemoths are exercising a market dominance not seen since America’s robber barons. Facebook and Google suck up two-thirds of America’s online ad revenues. Amazon controls more than 40% of the country’s booming online-shopping market. In some countries Google processes over 90% of web searches. Not only is the medium the message but the platform is also the market.

In Marx’s view capitalism yielded an army of casual labourers who existed from one job to the other. During the long post-war boom this seemed like a nonsense. Far from having nothing to lose but their chains, the workers of the world—at least the rich world—had secure jobs, houses in the suburbs and a cornucopia of possessions. Marxists such as Herbert Marcuse were forced to denounce capitalism on the grounds that it produced too much wealth for the workers rather than too little. 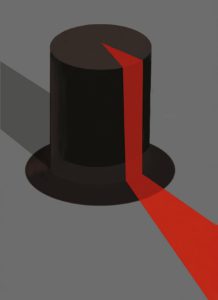 Yet once again Marx’s argument is gaining urgency. The gig economy is assembling a reserve force of atomised labourers who wait to be summoned, via electronic foremen, to deliver people’s food, clean their houses or act as their chauffeurs. In Britain house prices are so high that people under 45 have little hope of buying them. Most American workers say they have just a few hundred dollars in the bank. Marx’s proletariat is being reborn as the precariat.

Still, the rehabilitation ought not to go too far. Marx’s errors far outnumbered his insights. His insistence that capitalism drives workers’ living standards to subsistence level is absurd. The genius of capitalism is that it relentlessly reduces the price of regular consumer items: today’s workers have easy access to goods once considered the luxuries of monarchs. The World Bank calculates that the number of people in “extreme poverty” has declined from 1.85bn in 1990 to 767m in 2013, a figure that puts the regrettable stagnation of living standards for Western workers in perspective. Marx’s vision of a post-capitalist future is both banal and dangerous: banal because it presents a picture of people essentially loafing about (hunting in the morning, fishing in the afternoon, raising cattle in the evening and criticising after dinner); dangerous because it provides a licence for the self-anointed vanguard to impose its vision on the masses.

Marx’s greatest failure, however, was that he underestimated the power of reform—the ability of people to solve the evident problems of capitalism through rational discussion and compromise. He believed history was a chariot thundering to a predetermined end and that the best that the charioteers can do is hang on. Liberal reformers, including his near contemporary William Gladstone, have repeatedly proved him wrong. They have not only saved capitalism from itself by introducing far-reaching reforms but have done so through the power of persuasion. The “superstructure” has triumphed over the “base”, “parliamentary cretinism” over the “dictatorship of the proletariat”.

Nothing but their chains

The great theme of history in the advanced world since Marx’s death has been reform rather than revolution. Enlightened politicians extended the franchise so working-class people had a stake in the political system. They renewed the regulatory system so that great economic concentrations were broken up or regulated. They reformed economic management so economic cycles could be smoothed and panics contained. The only countries where Marx’s ideas took hold were backward autocracies such as Russia and China.

Today’s great question is whether those achievements can be repeated. The backlash against …

Полную версию статьи читайте на сайте The Economist
или у нас на занятиях
The EconomistанглийскийОбществоПолитика
Заказать звонок
+
Жду звонка!
Privacy Settings
We use cookies to enhance your experience while using our website. If you are using our Services via a browser you can restrict, block or remove cookies through your web browser settings. We also use content and scripts from third parties that may use tracking technologies. You can selectively provide your consent below to allow such third party embeds. For complete information about the cookies we use, data we collect and how we process them, please check our Privacy Policy
Youtube
Consent to display content from Youtube
Vimeo
Consent to display content from Vimeo
Google Maps
Consent to display content from Google
Save