IN MARCH 2013 a group of bankers and lawyers… gathered in the Frankfurt offices of Deutsche Bank to monitor the transfer of nearly $28 billion in U.S. currency from an account controlled by Russia’s state-owned oil giant, Rosneft , to one controlled by four billionaire Russian tycoons: Mikhail Fridman, Viktor Vekselberg, Len Blavatnik and German Khan.

The closing of the sale of TNK-BP, Russia’s third-biggest oil company, 50% owned by British Petroleum and 50% by the Russian billionaires, marked another move by Vladimir Putin to centralize power. Rosneft Chief Executive Igor Sechin, often described as Russia’s second-most-powerful man behind Putin and sometimes called Darth Vader, was the central figure behind the deal. He sometimes seemed to want to remind the oligarchs of their rank by tormenting them during the negotiations, arriving late to their Moscow meetings.

As if it were being played out in a James Bond thriller, a neutral location was selected for the closing: Frankfurt, Germany, continental Europe’s financial capital. Shareholder representatives insisted that they be able to immediately verify, in real time, the transfer of cash and stock certificates into an escrow account controlled by the billionaires, says a person familiar with the events . Only after a screenshot was taken showing the new balance of $27,778,900,132.16 was the transaction considered final. 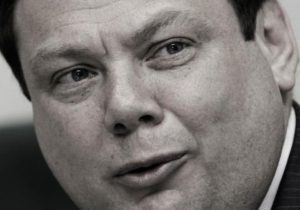 Putin was ecstatic. “This is a good big deal, which is important not only for Russia’s energy sector but for the entire Russian economy,” he said as the deal was being announced. Rosneft’s $55 billion TNK-BP purchase transformed it into the world’s biggest publicly traded oil company and cemented Sechin’s position as a global energy czar, with Putin presumably pulling the strings.

Sechin and Putin’s mega-energy merger may have seemed like a “good” strategic deal for Russia, but for Fridman, Vekselberg, Blavatnik and Khan, whose combined net worth now hovers around $55 billion, cashing out of Russia’s most oil-dependent company in the spring of 2013, with West Texas Crude selling at $92 per barrel and Western banks pumping loans into Russia, may go down as the most brilliantly timed profit-taking of the decade. It also may have set off a chain of events in global financial markets that has contributed to the collapse of Russia’s currency, which plummeted 40% against the dollar in 2014. Putin’s state has been thrown into recession.

In 2003 British Petroleum started working with Fridman, his other billionaire partners and their TNK oil company, creating a 50-50 joint venture called TNK-BP. It would reach $60 billion in annual revenues and pay its owners dividends in the tens of billions over a decade. In fact the cash being generated by TNK-BP helped make the four Russians some of the richest men in the world and kept BP secure as an oil power, accounting for 27% of its reserves. 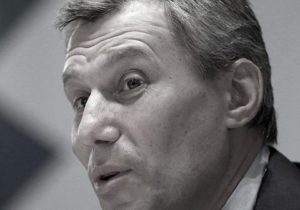 But it was a rocky partnership. The Russian billionaires felt that BP was treating TNK-BP as a foreign subsidiary, pursuing capital expenditures that would build reserves as opposed to other things like paying extra dividends. At the same time, BP’s staff in Russia became embroiled in police actions, and its then Russia chief, Robert Dudley, left the country at one point and ran TNK-BP from a secret outpost after he and other BP employees could not renew their visas. Dudley is currently BP’s chief executive officer.

After several other setbacks, including losing a deal to drill in the Kara Sea to Exxon Mobil in 2011, BP entered into a transaction with Sechin to sell its TNK-BP stake to Rosneft. In return BP got $12.5 billion and a 19.75% stake in Rosneft, which was important to BP because the structure allowed BP to continue including some of Rosneft’s reserves on BP’s books.

For BP’s billionaire partners the best option was to sell their entire 50% stake to Sechin, a close Putin ally and former Russian deputy prime minister eager to build a massive national oil company. A cash buyout was key because the Russian billionaires did not want to become minority shareholders in a Sechin-controlled Rosneft. Likewise Sechin didn’t want to risk diluting control through the issuance of more shares to this shrewd investor quartet. Sechin’s big problem was that he didn’t actually have the money to buy them out. So he borrowed about $40 billion in cash to close the deal, partly by using short-term foreign-denominated bridge loans. Banks from all over the world participated in the financings, including JPMorgan Chase, Barclays, BNP Paribas and Unicredit. 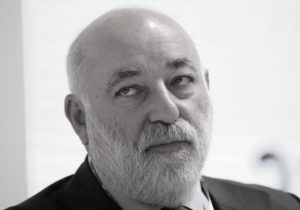 But little more than a year later, in the fall of 2014, Rosneft was suddenly in a pickle. It needed to meet payments related to the bridge loans, but by then Putin’s invasion of Crimea brought on crippling economic sanctions, and Saudi Arabia’s decision to take on U.S. shale producers and discipline OPEC members like Iran and other producers like Russia had pushed oil prices into a free fall. Sechin and Rosneft were effectively cut off from Western banks, and there was no easy way for Sechin to roll over $7 billion of foreign currency-denominated deal loans that were coming due in December. So Sechin got backing from Russia’s central bank and orchestrated a bond sale to raise rubles.

Rosneft placed $10.8 billion worth of ruble-denominated bonds in December, carrying rates below yields on similarly dated Russian government bonds. It was a mysterious transaction with almost no disclosures to date. The Russian central bank said it would accept the bonds as collateral from Russian banks seeking to borrow at preferential rates, essentially providing commercial banks a window of liquidity. No bond buyers were ever disclosed, and it’s not yet clear how much money was raised. Rosneft has yet to make significant disclosures, and now Sechin has taken the position that “the ruble bond option was not exercised.”

Still the murky bond issue took market players by surprise, causing speculation that Rosneft would sell the rubles it had just raised in the open market to buy up U.S. dollars to pay back its debt. The ruble plunged to record lows in response, even while oil prices appeared to be firming up.

“There was suspicion that those rubles could go to the foreign exchange market,” says Sergey Romanchuk, head of forex at Metallinvestbank in Moscow. “This trade was like a trigger because people were scared that this would be a new instrument that would be used for other companies.” 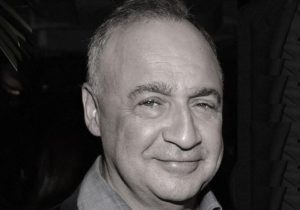 Putin’s critics called the Rosneft bond issue a bailout. Sechin described the attack as a “provocation.” Rosneft went on record stating that not a single ruble raised in the bond issue would be used to buy foreign currencies. Its revenues mostly come from exports denominated in foreign currencies, and in a statement Rosneft says it “generates enough cash flow in foreign currencies in order to meet its loan repayment obligations.” Where were the rubles going? Rosneft would only say the proceeds would be used for “financing its project in the Russian Federation.”

Few dispute Rosneft’s role in roiling the already skittish global market for rubles. At 19% of Russia’s $2 trillion GDP, oil is Russia’s biggest cash cow, and oil exports are heavily taxed. At $100 an exported barrel, some $70 would go to the government. At $50 a barrel, about $22. Rosneft presumably hoarded foreign currency this fall to make its debt payments. Industry analysts assert that it would have likely withheld dollars from the currency market that Rosneft would normally have used to purchase rubles to meet its tax obligations. Rosneft also has a big cap-ex program in Russia funded by rubles. “They were using the proceeds of the bond issue to cover their ruble costs,” says Kirill Tachennikov, an analyst at BCS Financial.

Rosneft repaid its $7 billion loan in late December. A few days later the Russian government directed Russia’s big exporters to support the ruble in currency markets. Rosneft may have complied, but with about $20 billion of debt coming due in 2015 (mostly in dollars and euros) and capital expenditure plans of $20 billion, Rosneft has a $40 billion headache that worsens with every tick down in the price of oil. According to its financial statements, Rosneft has $20 billion or so in cash and is on record asking the Russian government to tap its National Wellbeing Fund for assistance. Sechin wants help from Putin, but another bond bailout would be disastrous for the ruble.

Russia’s economy may be sinking into crisis, but flush billionaires Fridman, Khan, Vekselberg and Blavatnik have shown few signs of rushing to Mother Russia’s aid with significant investments or capital expenditures despite pleas from Putin.

Fridman, 50, Russia’s third-richest man, collected $5.1 billion from the TNK-BP deal. His college buddy Khan, 53, got $3.3 billion. The duo set up a Luxembourg company, LetterOne, with the TNK-BP cash and are trying to buy an oil and gas unit of a German utility for $6 billion. Says a spokesperson, “We are committed to reinvesting a significant portion of the proceeds in Russia and hope to identify attractive opportunities in the near future.”

Ukraine-born Blavatnik, a U.S. citizen since 1984 and worth $18 billion, reaped $7 billion from the TNK-BP sale. His biggest assets: a stake in Houston chemicals producer LyondellBasell and Warner Music. In 2014 he celebrated his Rosneft triumph by purchasing Damien Hirst’s gilded sculpture of a woolly mammoth for $14 million. Blavatnik declined to comment.

Vekselberg, 57, known for his art collection, including a new museum in St. Petersburg featuring his Fabergé eggs, is now Russia’s second richest, worth $14 billion. He reaped $7 billion from the deal and used some of it to buy into Schmolz+Bickenbach, a Swiss steel company. “Most of the money Renova [Vekselberg] received from the deal was invested in Russia,” insists spokesperson Andrey Shtorkh.

Putin is standing by his man Sechin, despite the 50% decline (in U.S. dollars) in Rosneft’s stock price during 2014. He is a “good manager,” says Putin. BP, which still owns 20% of Rosneft, is bracing itself for a fourth-quarter earnings hit and may be forced to write down its Rosneft equity.

Полную версию статьи читайте на сайте The economist
или у нас на занятиях
ForbesанглийскийФинансыЭкономика
Заказать звонок
+
Жду звонка!
Privacy Settings
We use cookies to enhance your experience while using our website. If you are using our Services via a browser you can restrict, block or remove cookies through your web browser settings. We also use content and scripts from third parties that may use tracking technologies. You can selectively provide your consent below to allow such third party embeds. For complete information about the cookies we use, data we collect and how we process them, please check our Privacy Policy
Youtube
Consent to display content from Youtube
Vimeo
Consent to display content from Vimeo
Google Maps
Consent to display content from Google
Save